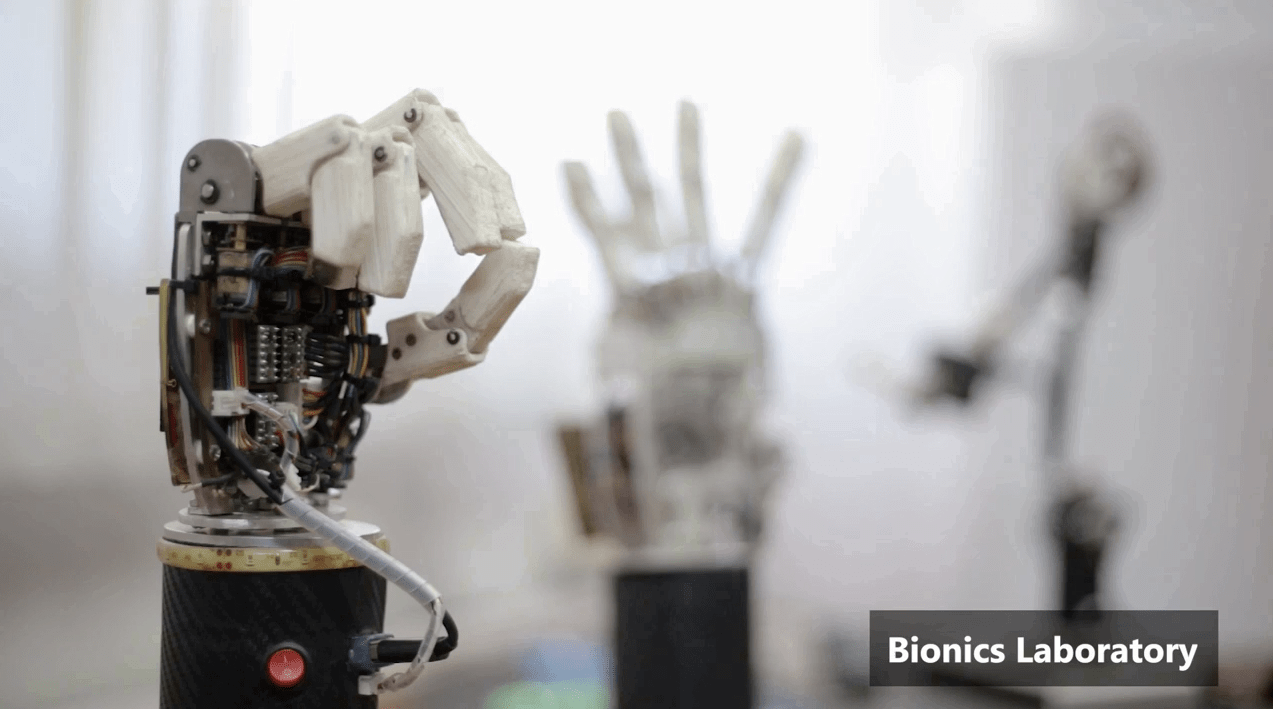 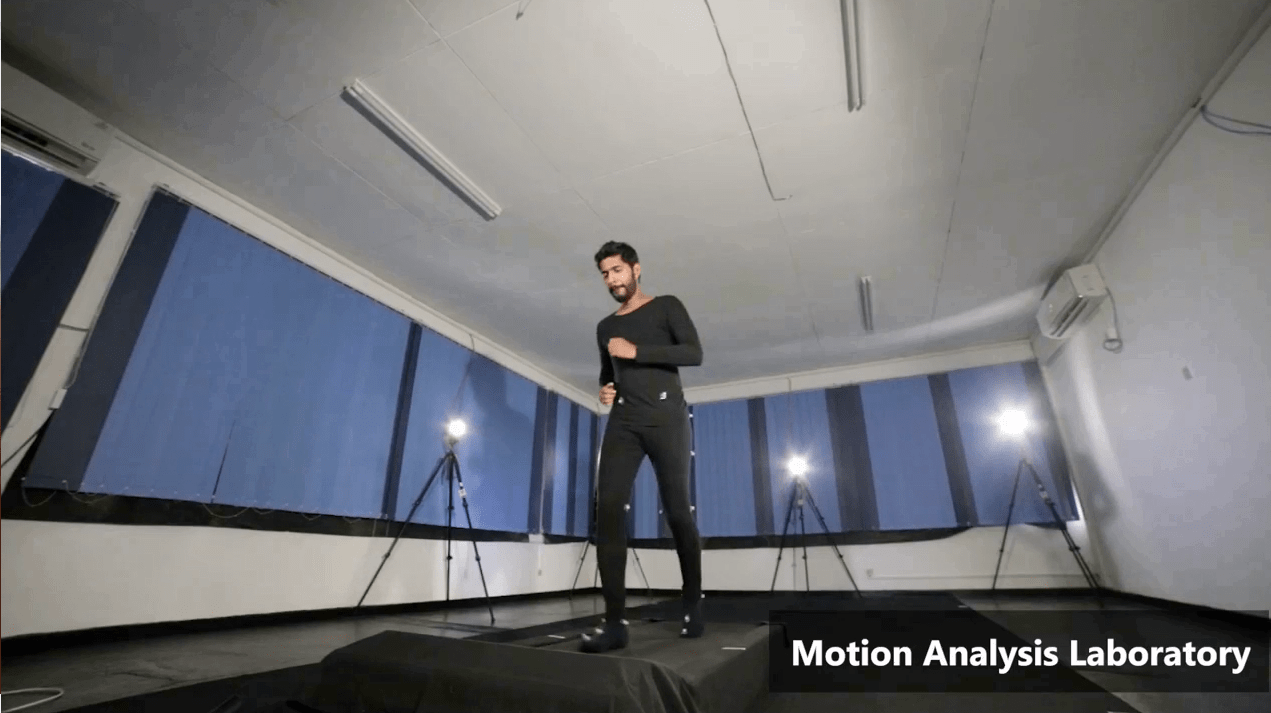 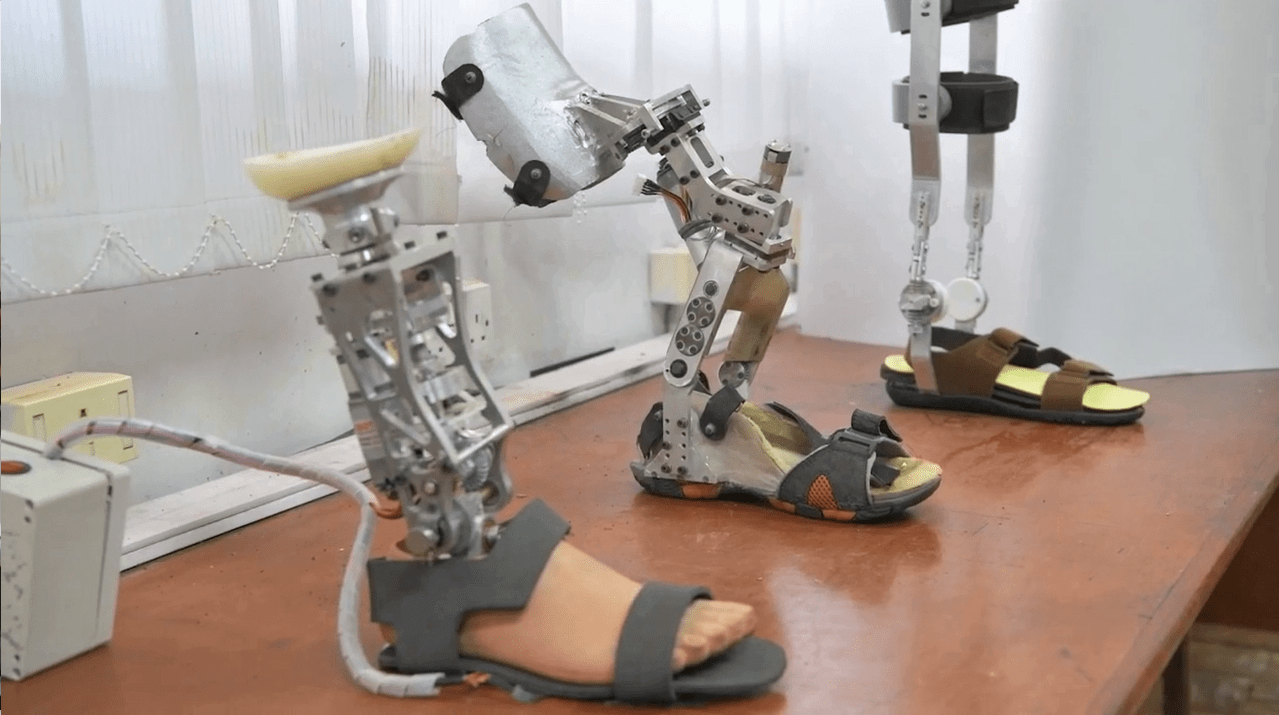 Robotic prosthetic devices are the current trend and the future of prosthetic devices. Most of the current robotic prosthetic devices use Electromyography (EMG) signal as input signals for their controllers. EMG or visual feedback is used recently to predict the grasping intention of the user, but no one has fused both information for the prediction. However, the number of grasping types in the prediction is limited and most of the investigations were focused on hand gestures. In this paper, we propose a novel fusion method that can improve the prediction accuracy of the EMG system by adapting the visual information. We propose a weight scheme for selected objects which has higher weights for high usage patterns. The investigation revealed that the ANN outperformed KNN, LDA, NB and DT by achieving the highest mean True Positive Rate (73 ± 7.59%). The proposed feature set (Age, Gender and Handedness) showed that their influence increases the accuracy by 16.05 ± 2.70% for ANN. The proposed fusion method combined Majority Vote results and the weight scheme to improve the prediction accuracy of most suitable grasping patterns for the target object by 23.92 ± 8.80%  for the highest usage pattern and 9.30 ± 0.84% for the second-highest usage pattern. Read more...

Continuous improvements of exoskeletons (wearable robots) is essential to enhance their performance and the user experiences. Therefore, it is necessary to determine user comfort levels while wearing wearable robots. This aspect can be analyzed by determining human-robot interaction (HRI). The HRI is classified in cognitive-HRI (cHRI) and physical-HRI (pHRI) in the literature. cHRI involves the identification of complex human expression and physiological aspects. These information can be observed using a human-robot cognitive interface. Electroencephalogram (EEG) and electromyography (EMG) are mainly used sensing methods in cHRI. Furthermore, pHRI involves evaluating physical quantities such as position, force, and pressure between humans and robots.

3. Development of a soft linear actuator for use in wearable assistive exosuit

This research focuses on developing soft robotic actuators for use in wearable assistive exosuits. Modern exosuit development is leading the way in replacing the contemporary exoskeleton systems which are, bulky, rigid, and restrictive for natural human motion, in many applications. These exosuits require flexible, lightweight actuators with high force-to-weight ratios. The aim of this research is to develop soft robotic artificial muscle actuators, which can contract like biological muscles to power the future exosuits. Concepts such as being low-profile, flexible, having guided contraction, quick self-return, and rapid actuation and novel displacement sensing techniques has been combined to develop the future soft linear vacuum artificial muscle actuators. Read more...

Among different types of exoskeletons used by humans, a strength enhancement exoskeleton utilizes actuators to provide extra forces on joints directly, thus enhancing musculoskeletal strength of the user. Human-robot interaction (HRI) of these robotic exoskeletons must be characterized by high compliance or low impedance properties, which is achieved using active compliance controllers. User intention estimation, which is the highest level of active compliance control, has been achieved using EMG-based muscle torque estimation in literature. This torque estimation method maps the acquired EMG signals to muscle torques using an EMG-to-torque model. However, the neural-to-muscle activation relationship in this method depends on many external factors and muscle fatigue is one of the prominent. EMG features have been utilized in previous work to identify and quantify the muscle fatigue manifested in EMG signals. Spatial information obtained from multiple-channel EMG has shown better reliability in muscle fatigue identification when compared with single-channel information. A compliance-controlled exoskeleton with a muscle torque estimator which accounts the identified muscle fatigue can be expected to have better performance when compared with existing ones, especially for assisting demanding tasks, like stoop lifting. However, muscle fatigue quantified using multiple-channel EMG has been rarely involved in improving the high-level control of exoskeletons. In this research, a muscle torque estimation-based compliance controller, with a fatigue effect compensator for exoskeletons will be developed. Furthermore, the fatigue effect identification will be based on multiple-channel EMG signals. Read more...

The Institution of Mechanical Engineers (IMechE) Southern Asia Region (SAR) has organized its 175th Anniversary celebrations with a technical lecture series in Goa, India coupled with its annual meeting. The series of events, including Speak Out for

Read more
Heartiest Congratulations to the Class of 2022

The Department of Mechanical Engineering (DoME) warmly congratulates all graduates from 2017 intake, who were conferred their degrees during the 43rd General Convocation of the University of Moratuwa held on 20th and 21st of December 2022 at the Bandaranaike International Conference Hall (BMICH).
Jayath Perera becomes Sri Lanka Champion and Southern Asia Region Runner Up in IMechE SOFE Competition 2022

We proudly congratulate Mr. Jayath Perera; a student from the Department of Mechanical Engineering (DoME), representing the University of Moratuwa (UoM) for becoming Sri Lanka Champion and Southern Asia Region Runner Up of Speak Out for Engineering (SOfE) competition 2022 organised by the Read more
Call for Applications - M.Eng/ PG Diploma In Manufacturing Systems Engineering 2023/2024

The Department of Mechanical Engineering of the University of Moratuwa is pleased to announce the commencement of the Postgraduate programme “Manufacturing Systems Engineering” for the academic year 2023/2024 and invites applications for admission from suitably qualified candidates. The course is Read more
END_OF_DOCUMENT_TOKEN_TO_BE_REPLACED