Deshamanya Dr. Roland Silva Award for the Most Outstanding Faculty of Architecture Graduand of the Year 2020
iDALscapes 2019

Arcnest is an independent student forum that department of Architecture student has been formulated under the guidance and supervision of the academic staff and plays a lead role in organizing academic and recreational events mainly for the students of the department. Its service and contribution has been extended beyond department as some of the activities are organized as social services.

Learn from diverse sources – both internal and external to the university system – and share students’ ideas, knowledge and experience with the professional and social fraternity.

Expand the intellectual and cultural debate on architecture into areas outside of the academic curriculum, and trigger a dialogue among students on broader forms (and issues) of culture, society and art.

Provide students with opportunities to understand, explore and partially-implement the social responsibility of a future architectural profile, and grooming them to take up professional challenges.

Enhance the academic career of the architecture students of the University of Moratuwa.

With the successful completion of the first episode of Lore Station the second episode of Lore Station commenced at the Sentra Court in the university premises on 3rd of October, 2018. Professor Sarath Kotagama was invited as the resource person who elaborated on the environmental impact due to urban development mainly related to Uma Oya, Colombo Port city and Moragahakanda development projects.

The discussion came to an end with the conclusion that, though the urbanization cannot be stopped, we should plan the development where the existing environment would be preserved and facilitate the basic requirements only. 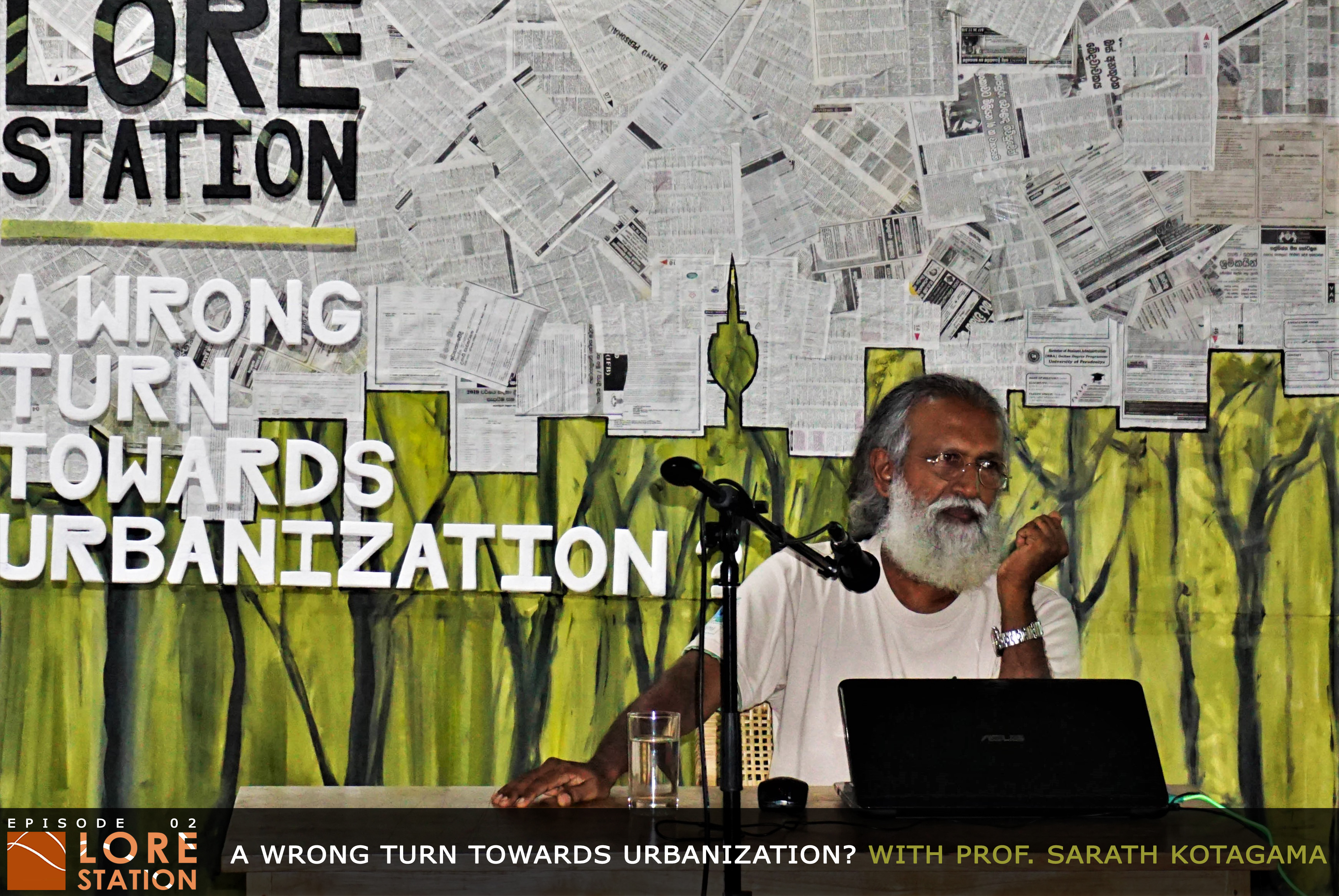 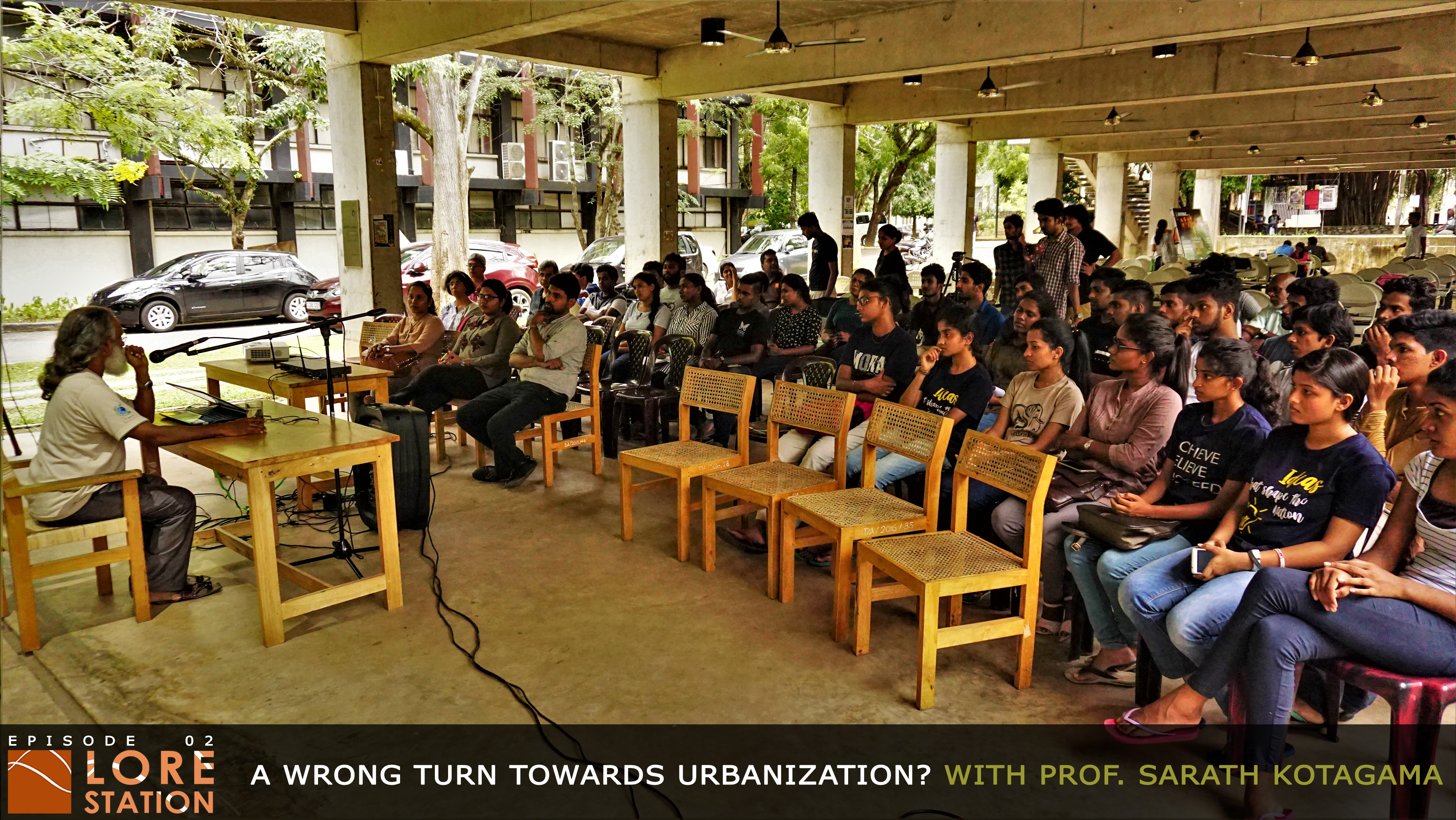 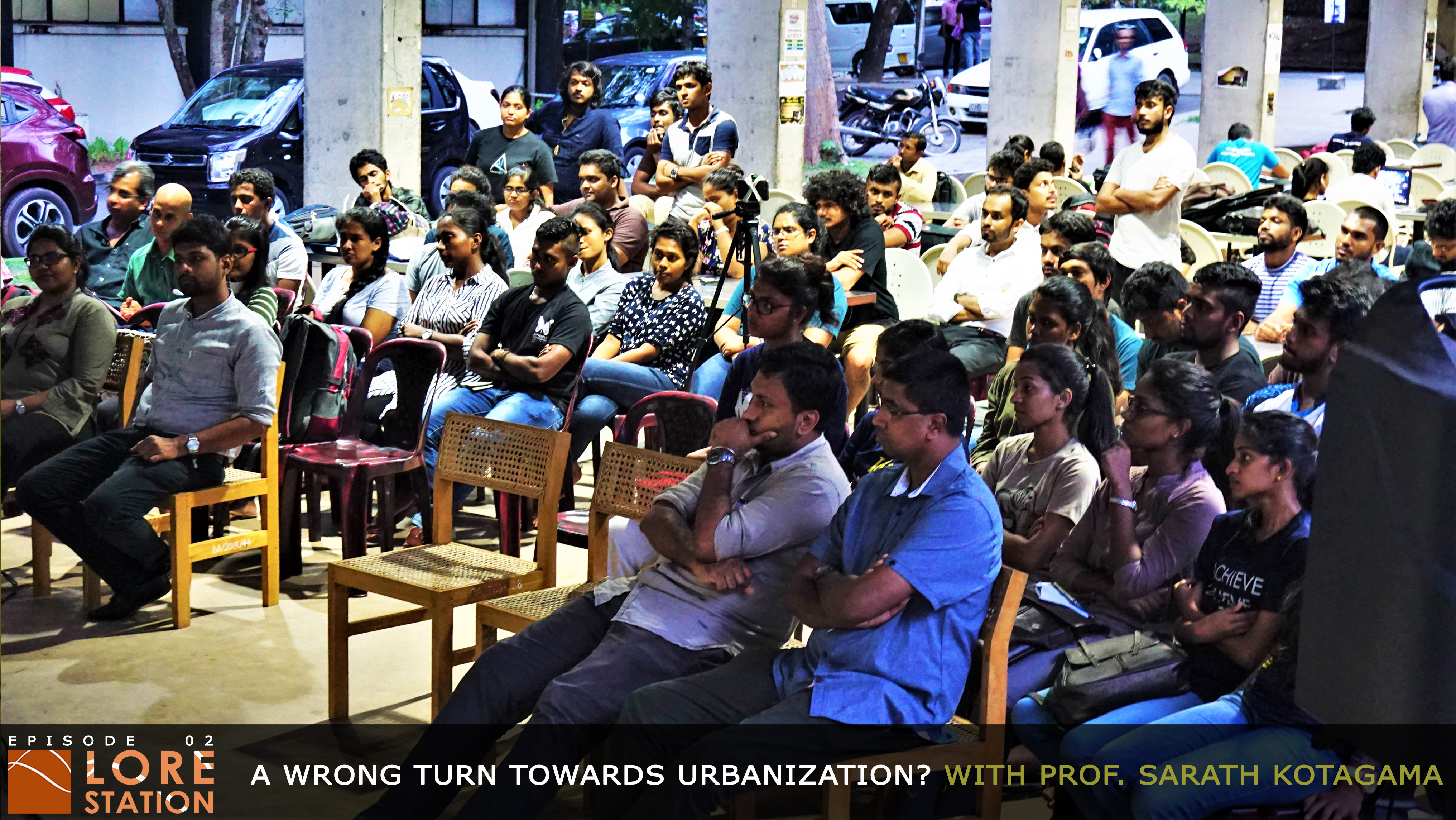 Five Lore Station episodes were organized in 2019. One of them was held at the university premises with the participation of Prof.Nihal Perera as the guest speaker. The other four  episodes were organized along with the ‘iDALscapes 2019’ graduation showcase of Bachelor of Landscape Architecture (Hons) degree which held at the Arcade Independence Square. Prof.Sarath Kotagama, Dr.Senaka Dharmathilaka, L.Archt. Hestor Basnayaka and L.Archt. Chandana Kalupahana participated as the guest speakers of the last four events.

Other projects such as "Ropana" where the existing planting layout of the University of Moratuwa was recorded and the charity programme "Sithangi" are in progress. A fund raising programme was conducted for the "Sithangi" programme to be conducted at the Weragala Junior School, Kegalle. Earlier, valuable books gathered from the members of the SSLA, were distributed to the students at the Napana Junior School, Kandy.